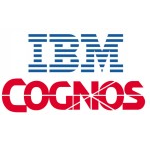 Last weekend, my team was able to successfully migrate Georgetown’s IBM Cognos software from version 10.1 to 10.2.1.  Seems like a piece of cake, right?  Well, in our case, not exactly.  I thought I’d share a bit about our experience in the event that it may help others. 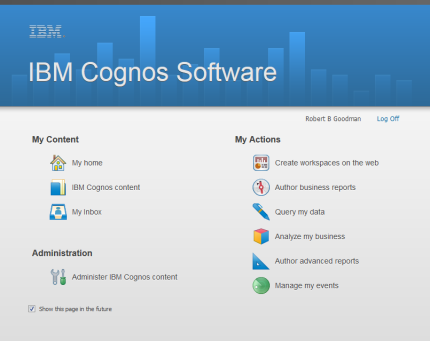 Our IBM Cognos upgrade effort followed a previously failed attempt to upgrade.  After much deliberation with IBM, it was decided that the failed attempt to upgrade primarily related to the fact that we had extremely old hardware and were running on a dated Solaris OS.  Still being fairly new to Georgetown, I dug in a bit further.  Indeed – our hardware was ancient and the Solaris OS was preventing us from getting much needed support from the vendor (IBM).  We had previously implemented IBM Cognos in 2005 on version 8.4.  Then, in 2010, we migrated on the same hardware, to version 10.1.  Given these facts, I was dealt a server which was 8-9 years old, and software that hadn’t been upgraded in at least 3-4 years.

Through several conversations with IBM SMEs, we settled on a proposed 6 server architecture (depicted below).  I’ve removed the details for security reasons, but we designed these machines down to the processor and RAM level.  We also had conversations with IBM about what OS would be best suited for us longer term.  We landed on Windows Server 2012. 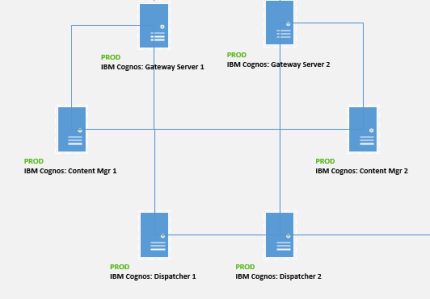 For anyone interested, below are the series of steps that we followed to get this project off the ground: 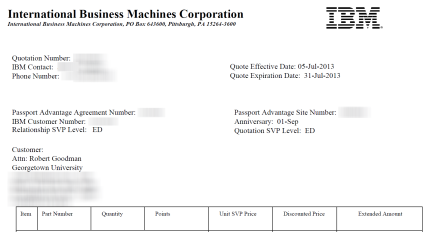 What tips do we recommend?

So what are our favorite features thus far?